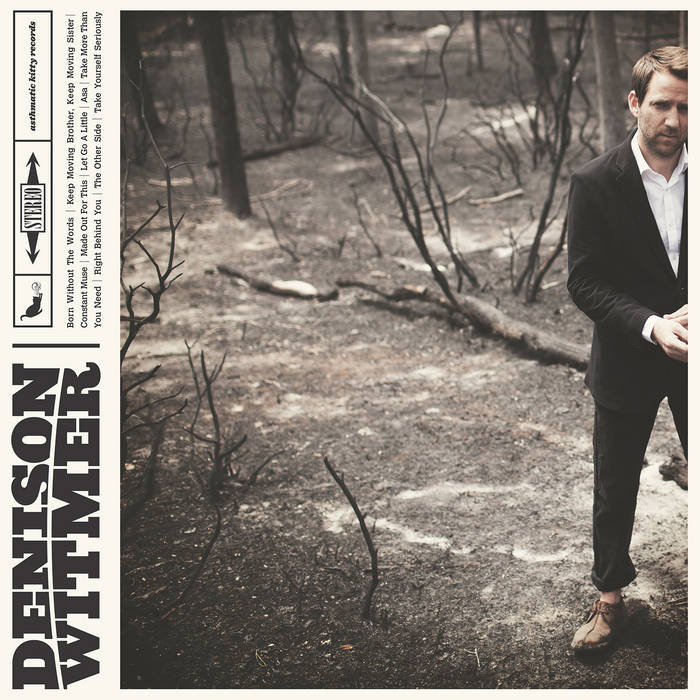 frank armstrong If you can, listen to this album through in one sitting, preferably on vinyl. It’s such a cohesive, beautiful album. A go-to Saturday morning record that pairs wonderfully with an Irish coffee. Favorite track: Born Without The Words.

PAco Le Sonajero Denison is just a brilliant composer/singer and excellent person who I had opportunity to share conversations about music last tour in Spain after a wonderful concert in Vigo, La Casa de Arriba. Favorite track: Take More Than You Need.

Track Name: Born Without The Words
Oh my God
I feel it in my blood
The warming of the winter
The coming of the flood

I’m determined to change
I mark the corner but I’m turning the page
To the sound of your voice
Like a distant star, my love

And I don’t care what they say
I mark the corner but I’m turning the page
To the sound of your voice
Like a distant star, my love

Is my mind at ease or am I jaded?
Has the brightest color in me faded?
Have the simplest things been complicated
In a song?

I was just nineteen when all this started
I was sun burned skin and open hearted
I was hometown proud, tucked in, and parted
In a song

Oh, my constant muse
I have pinned my life on you
Chasing words and every mood
Into song

Oh, my constant muse
I have pinned my life on you
Chasing words and every mood
Into song

What if I’m just not made out for this?

I was in my garden
Water pouring from my hands
I turned around and there you stood
You were transparent and you said,

Stay with me all afternoon
When the spirit in me moves

I’m not long for this world, baby
So much just fell miles behind me

April takes the hill, I follow
Moments after
All across the park, the sound of
Children’s laughter
I don’t see the point in waiting
Half my life to say
All of the things I’m thinking
Each and every day

You have a brilliant mind
I follow right behind you

Who waits for you on the other side?

I read “Letters To A Young Poet” for you
We take books to bed and settle into a groove
Our days move so fast, there’s still too much to do
One of us should open up a window

Dedicated to Rainer Maria Rilke. Lyrics inspired by “Letters To A Young Poet”

Bandcamp Daily  your guide to the world of Bandcamp

Featuring Gary Bartz, 5 years of Rhythm Section Intl and an LP of the week by Nicolas Jaar